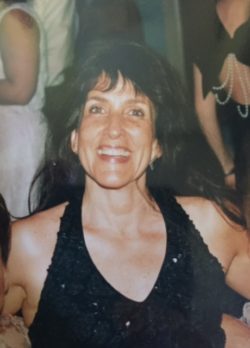 Marilyn Myers…..There is no other woman I have known quite like her. Each week, KVO Collection names one of our necklaces after an important woman. And this week, we are naming our round ruby and diamond necklace after my husband, Boomer’s mom. Words that come to mind when I think of Marilyn are fierce, dynamic, vital, sensual, compassionate, emotional, passionate, elegant, beautiful, and brave. The ruby stone in this necklace has a jagged edge, a non uniform, non conforming edge. Marilyn walked to her own beat of a drum and instilled this profound uniqueness in her two sons, Boomer and Charris. The ruby stone can have many meanings and some describe Marilyn. The ruby is a stone of the heart and Marilyn had a passionate, sensual, and emotional heart. I still remember the first day I met her….its as though she folded me right into her heart with an acceptance that I wish more mothers, daughters and daughters in law would have.The ruby is also a protective stone. As a mother, she was fierce. She was a single mom working very hard with 3 jobs and also was going to school to become a massage therapist. The ruby stone is said to stimulate healing of Earth. In 1979, she opened the Center for Wellbeing in St. Petersburg, FL where she was a visionary of holistic health and alternative medicine. She was way ahead of her time. Her knowledge of herbs and food as medicine, and her knowledge of human physiology was unparalleled. I learned so much from her. The ruby signifies courage and inner strength. In 1987, she suffered a spinal chord injury and was paralyzed. No matter what life threw at her, she always carried on with strong stamina and will and still tried to remain joyful. She was brave. The ruby stone is said to also bring adventure to a person’s life. Well, in 1990, Marilyn bought land in rural Tennessee where she and Charris created a dream of having a sustainable organic farm. Nothing was going to stop this woman! Unfortunately, around 1998, Marilyn was diagnosed with ovarian cancer and died in March 2000 at the age of 50. Instead of waiting for death to overcome her, she began to prepare for her own passing. Her process was chronicled by the St. Petersburg Times. It was a 10 part story about her unique, brave, empowered and fierce way she faced her own death. http://www.sptimes.com/News/webspecials/twilight/

I could go on and on….there is so much more I could say……..I miss her everyday. May we present you with the Marilyn Necklace. 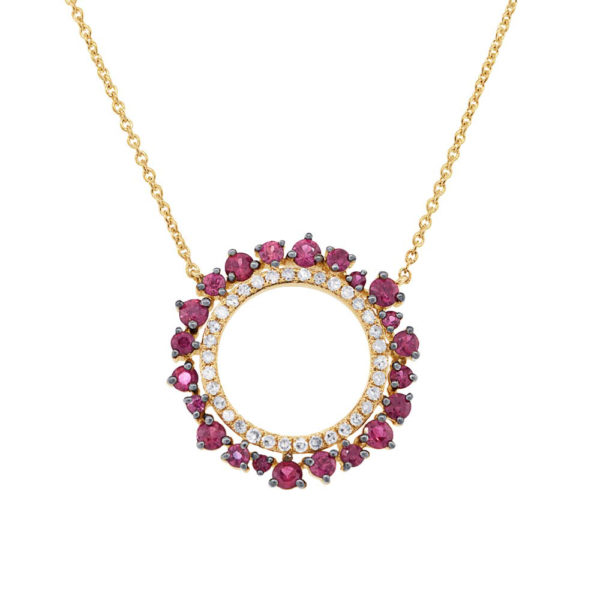